Register for a chance to receive a signed first edition of one of my novels, and immediately receive Golden Boy in Ebook form as a thank you! 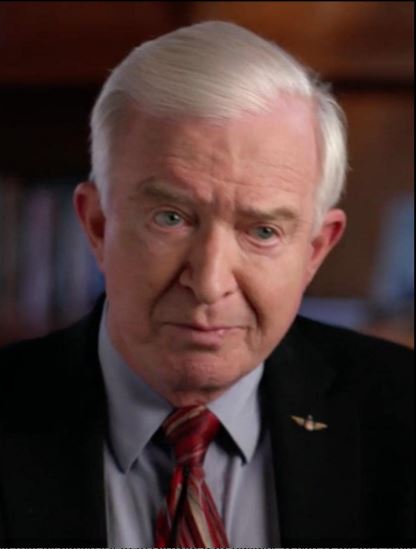 One of the key thought leaders to emerge in American Healthcare in the past decade, John J. Nance brings a rich and varied professional background to the task of helping doctors, administrators, boards, and front-line staff alike survive and prosper during the most profoundly challenging upheaval in the history of modern medicine.

As a native Texan, John grew up in Dallas, where he earned his Bachelor's Degree and a Juris Doctor Degree from SMU and is still a licensed Texas attorney. Named Distinguished Alumni of SMU for 2002 and distinguish Alumni for Public Service of the SMU Dedman School of Law in 2010.

John is a decorated Air Force pilot, veteran of Vietnam and Operations Desert Storm/Desert Shield, and a Lt. Colonel in the USAF Reserve. He is well known for his pioneering development of Air Force human factors flight safety education, and one of the civilian pioneers of Crew Resource Management (CRM).

John has piloted a wide variety of jet aircraft, including 727s, 737s, 747s, and Air Force C-141s, and has logged over 15,000 hours of flight time since earning his first pilot license in 1965 and is still a current pilot. He was a flight officer for Braniff International Airlines and a Boeing 737 Captain for Alaska Airlines and is an internationally recognized air safety advocate, best known to North American television audiences as Aviation Analyst for ABC World News and Aviation Editor for Good Morning America.  He is also an internationally recognized analyst on matters of seismic safety.